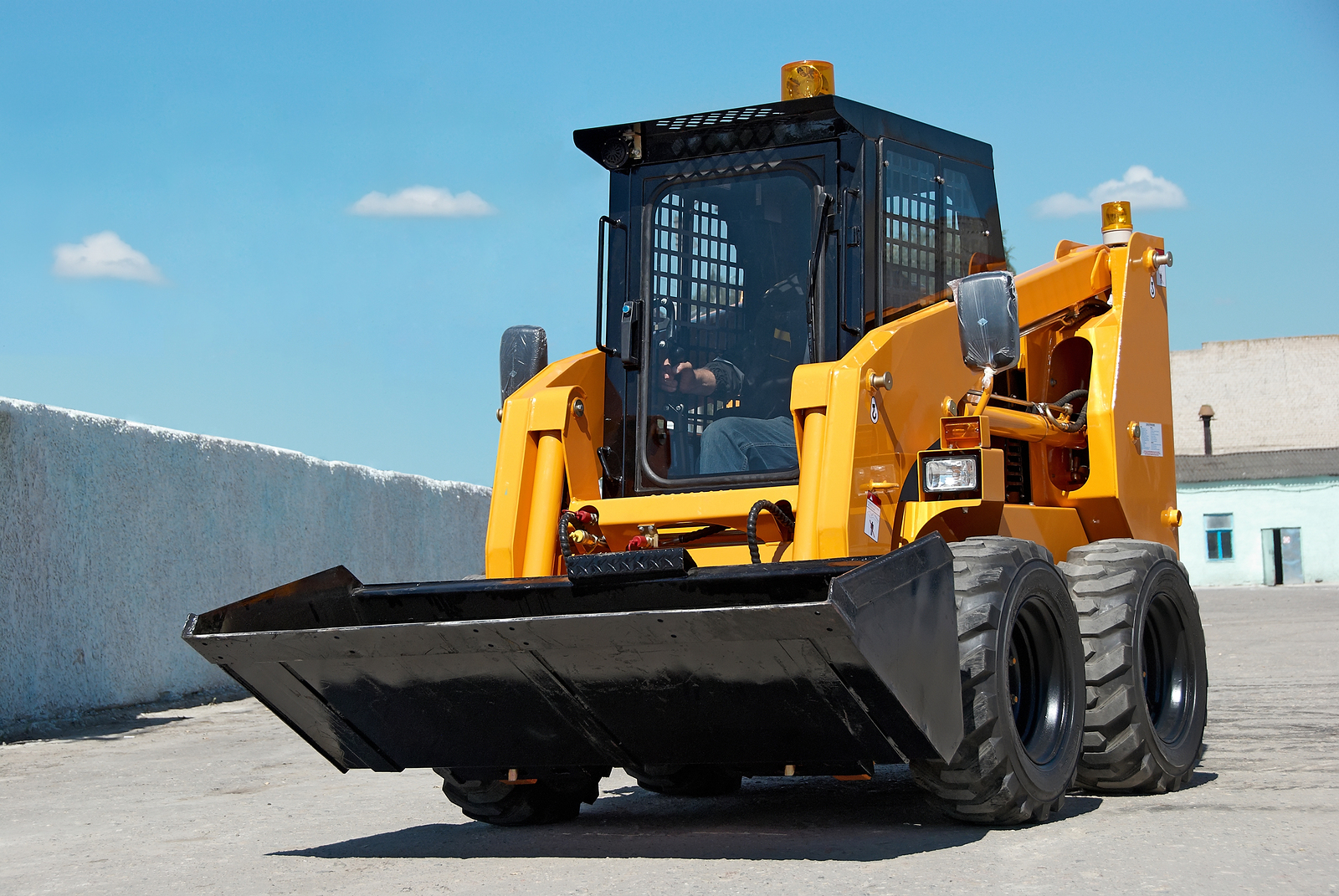 A skid steer wheel loader not only looks different than a compact wheel loader, but it also moves in a different manner. Typically, the wheels on skid steers have no steering mechanism and are positioned in a fixed, straight line relative to the body of the machine. To change direction, the operator turns the left and right wheel pairs at different speeds and skids the tires. By contrast, a compact wheel loader has traditional, steerable wheels and, usually, articulated steering. Each machine has a bucket up front, so both are known as front end loaders or bucket loaders.

Determining which machine is a better investment comes down to application. Skid steers have long been one of the most popular and versatile machines in the construction industry, so many people assume that it’s the best solution. But more and more contractors are finding that the compact wheel loader is a more suitable, and sometimes better, option than a skid steer. While there is no perfect formula when deciding between the two, let’s examine key considerations that may be part of your decision.

To better represent the average age fleet in the industry, we’ll use two established machines as models for our comparison – the Caterpillar 262B skid steer loader and the Caterpillar 904B compact wheel loader.

Generally, compact wheel loaders have about 25% more bucket capacity than skid steers. In fact, even a small compact loader will have more capacity than a large skid steer. When considering this specification, keep in mind that wheel loaders have a few different capacity ratings — no turn, half turn, and full turn. The more turned (articulated) a machine is, the less it can lift and carry.

The compact wheel loader is a faster machine. According to the Equipment World Spec Guide, most small loaders can travel at about 10 to 14 miles per hour, whereas skid steers average about 7 to 10 miles per hour. Compact loaders also articulate quickly and load faster than skid steers, which makes compact machines a better choice for jobs that demand high efficiency.

Skid steers are usually more powerful, and this extends to hydraulic horsepower as well. But, remember, the two machines use power differently. Whereas a skid steer needs extra horsepower to move around and counter-rotate, a compact loader transfers power to the ground more efficiently so that it can utilize extra power when carrying loads. Another difference, more specifically, is that a skid steer can load its bucket and raise it to the dump height with the engine at low throttle.

Generally, skid steers are shorter and can counter-rotate in their tracks, which makes them handy for confined work areas. In such areas, backing room may also be minimal, so a pirouetting skid steer may be the only smart choice. Because of their low cab height, skid steers are also better suited for working under structures with low clearances. In roomier areas, however, the steerable compact loader may perform repetitive scoop-and-loads more efficiently.

Vertical lift path skid steers have a hinge pin that’s farther off the ground than comparable compact loaders, allowing you to dump loads a bit higher. But compact machines sit slightly taller, which improves visibility when dumping or when using forks to load materials over walls.

The compact loader’s side-entry door allows for easy entering and exiting, but getting in and out of a skid steer requires the operator to climb over the bucket. Also, older skid steers have smaller, some would say, cramped cabs. But, in recent years, manufacturers have offered models that are more spacious. Considering that both types of machines are used intermittently during the average project, small differences in comfort are generally not a deal-breaker for most contractors.

The operating costs of a compact wheel loader are often less. The machine’s flexible range of speeds can lead to fuel savings over its lifetime that may offset its higher initial cost. Also, because they have smaller engines, compact loaders use less fuel, and their articulated front-end steering is easier on tires. For skid steers, fuel and tires are the two biggest operating costs. After all, a skid steer moves around by skidding on its tires, which can mean frequent tire purchases.

Ultimately, your choice of loader depends on the kinds of jobs your company undertakes. If horsepower and maneuverability are not primary concerns, then you may want to take a closer look at compact machines. Yes, they may cost more upfront, but the savings from lower fuel and tire costs, and the potential for increased productivity, may be more financially worthwhile over the long term.

latest ads
latest articles
The most demanded excavator brands on the used equipment market during the first half of 2020
Excavators are the most popular used construction equipment on Mascus, where there are currently 27 000 ...

How does coronavirus outbreak affect the heavy equipment industry?
As the COVID-19 cases continues to soar in Europe, USA and the rest of the world, following the outbreak in China, the heavy machinery and industrial vehicles industry is f...

Industry Report: International and Domestic Demand on Used Equipment Listed on Mascus, Sep-Oct 2019
Insights on demand origin for top 10 countries with the highest volume of listings on Mascus